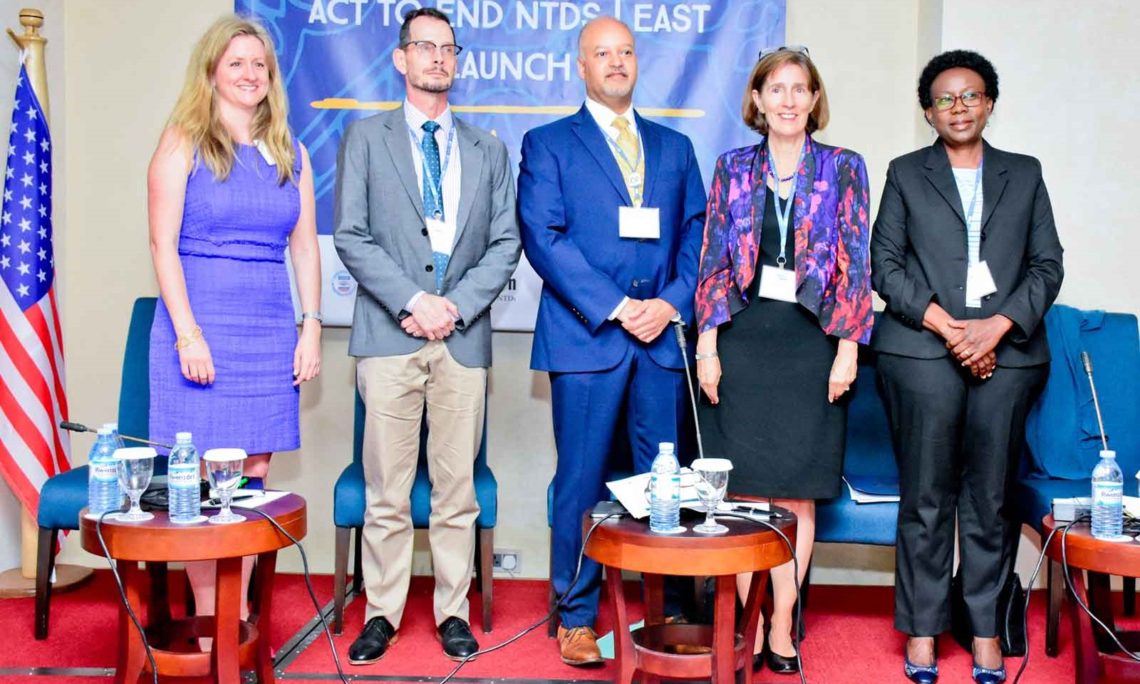 The U.S. government, through the United States Agency for International Development (USAID), launched a new program today designed to control and eliminate five neglected tropical diseases (NTDs) in Uganda and twelve other countries. The Act to End NTDs | East program is a five-year activity led by RTI International in partnership with the participating countries’ Ministries of Health, and will support disease-endemic countries to plan, implement and finance solutions to fight NTDs using proven, cost-effective public health interventions.

Since 2012, USAID has supported the Ugandan Ministry of Health to map the burden of NTDs; implement an integrated NTD database for improved data management and use; train hundreds of thousands of health workers, teachers, and community drug distributors; and treat millions of Ugandans across 80 districts. Because of this tremendous partnership, more than 12 million Ugandans are no longer at risk for lymphatic filariasis; nearly 10 million are no longer at risk for trachoma; and 2.8 million no longer have to worry about river blindness.

During the launch of the program, U.S. Embassy Chargé d’Affaires Colette Marcellin said, “Uganda has made impressive strides to control and eliminate these otherwise devastating diseases. Because of the government’s commitment and partnership with USAID, a large number of communities across the country no longer require treatment for three of the five most common neglected tropical diseases. That’s measurable progress that matters.”

According to USAID Health Advisor Rob Henry, “The Act to End NTDs program is the next generation of programming that’s really going to advance our efforts to control and eliminate these diseases. While our partner countries can be proud of considerable progress to date, we don’t want to lose momentum. We have big goals we want to achieve. Reaching those goals will not be possible without the leadership of our partner countries’ governments to fully commit in the fight against NTDs.”