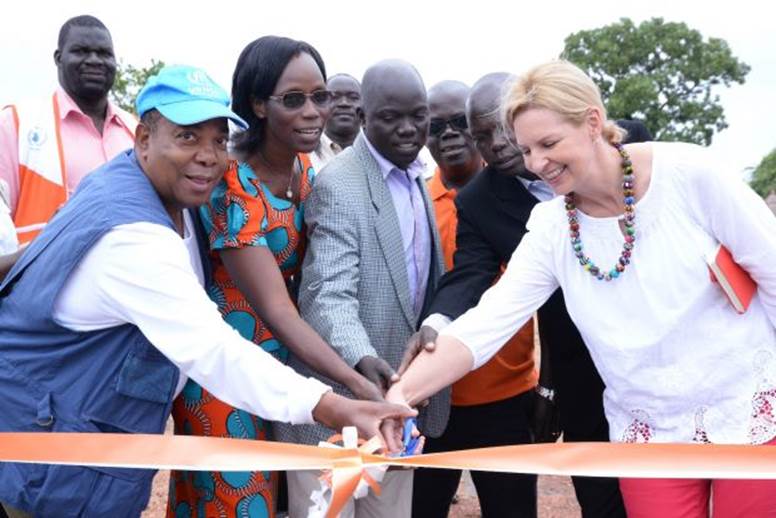 22,500 people — including 18,000 refugees and 4,500 host community members near Maaji III refugee settlement in Adjumani district — can now access clean drinking water and have proper sanitation facilities, thanks to a new inclusive project implemented by World Vision.

The system is comprised of 32 taps across a 5-kilometer area. With this new motorized system, refugees and host community members no longer have to walk long distances or wait in long lines to fetch water. In addition, three new boreholes have been drilled and four others rehabilitated. To ensure proper use of these facilities, six water user committees have been installed and trained.

Another priority of the project was to minimize the risk of waterborne diseases by increasing access to sanitation and hygiene facilities.  World Vision constructed 60 latrines for Persons with Special Needs (PSNs) and 14 blocks of VIP latrines for schools at Maaji III settlement; 5,000 jerry cans and 11,250 female hygiene packets were distributed. More than 1,000 people were trained on proper solid waste management and hand washing, while 60 people with disabilities were trained in soap making.