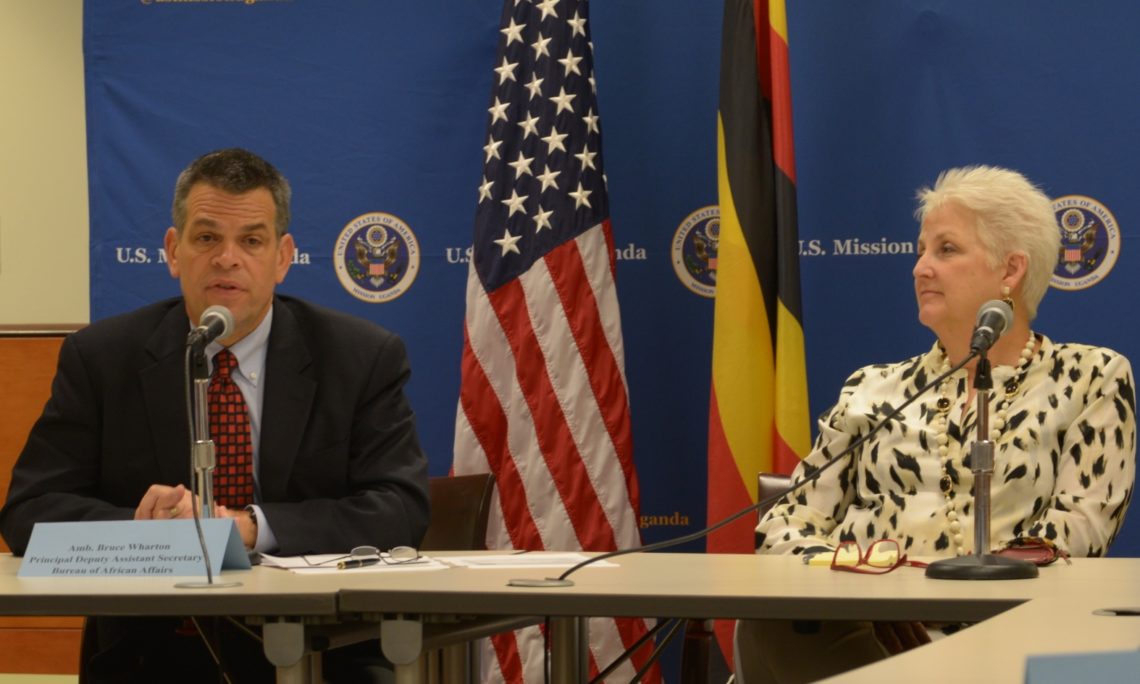 On Friday May 13, 2016, U.S. Principal Deputy Secretary of State for African Affairs Bruce Wharton spoke to the media about the U.S.-Uganda relationship and yesterday’s swearing-in of President Museveni. Below are excerpts of his prepared remarks:

“The United States values its relationship with Uganda and the Ugandan people. Our two countries cooperate closely on a number of important issues, and together we have accomplished a great deal in the areas of health, education, and security – areas that directly benefit the well-being of Ugandans across the country.

Now, as you have seen recently, we do have some differences with the government of Uganda. As a friend of the Ugandan people, we are concerned when we see freedoms being denied. And as friends will do, we feel an obligation to raise our concerns or objections about decisions that are taken that will have a negative effect on the trajectory of this country and the future of the Ugandan people. We care about what happens in Uganda, not because we are looking to get something out of it, but because we believe all citizens deserve to live in a country where their rights and freedoms are respected, so that they can decide for themselves their own futures.

I came to represent the U.S. government at President Museveni’s swearing-in because of this friendship and the relationship we have built over many years with Ugandans. We wanted to acknowledge this important event in Uganda’s history, and affirm the broad partnership we have now with Uganda.”