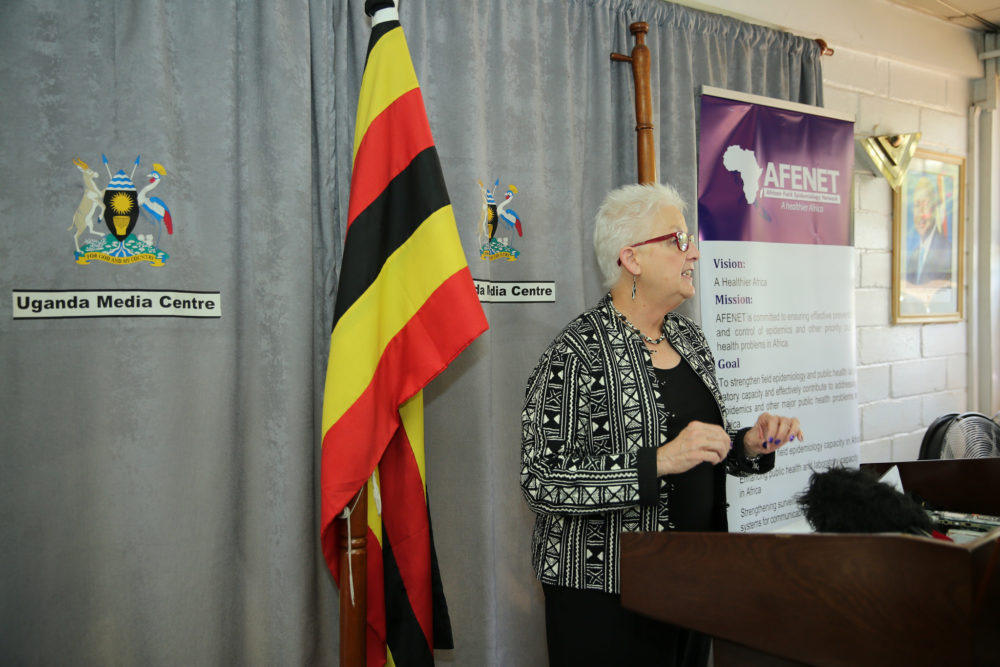 Good afternoon everyone. I’d like to begin by thanking the Government of Uganda for its dedication to the Global Health Security Agenda (GHSA) and for hosting this upcoming ministerial meeting.

Strengthening Uganda’s health sector security is a central focus of the U.S. partnership with Uganda. As the largest provider of health assistance to Uganda, the United States is committed to improving the health of all citizens so they can live longer, more prosperous lives. Our initiatives aim to build Uganda’s capacity to reduce the threats of infectious diseases like HIV, tuberculosis, and malaria, while simultaneously strengthening Uganda’s health systems.

For over 20 years, the U.S. Centers for Disease Control has been working with the Government of Uganda to address the country’s health challenges. CDC has contributed over $1 billion to the health of Ugandans and has provided technical assistance in many areas. Other U.S. government agencies – including USAID and the Departments of Defense, Treasury, and Agriculture – have also been playing a key role supporting national efforts to detect and respond to disease threats.

This week’s GHSA ministerial meeting is an opportunity for countries around the world to strengthen our joint commitment to working toward a world that is safe and secure from infectious disease threats. This is the core goal of the GHSA.

A disease threat anywhere is a disease threat everywhere. In recent years, H1N1 influenza, Ebola, and Zika have all proved that outbreaks can start anywhere, spread rapidly across the globe, and have devastating results. I witnessed the tragic consequences of Ebola first-hand when I served as the U.S. Ambassador to Liberia.

The threat of disease outbreak is not going away. Just last week here in Uganda, we saw an outbreak of the Marburg virus, which is a close relative of Ebola. No single country alone can stop diseases like these. Preventing infectious diseases from spreading requires a dedicated global effort.

We have to ensure that all countries can prevent, detect, respond to, and control disease outbreaks at the local level. Above all, the key focus should be on prevention. Investing in prevention now is far less expensive than emergency response later, and it saves lives.
We need to ensure that governments around the world make health security financing a national priority. Under GHSA, the United States assists 31 countries and has committed $1 billion for 17 at-risk countries, including Uganda, to strengthen global health security.

Over the first four years of the GHSA, we have made considerable progress, but a huge amount of work remains. We strongly support extending GHSA through 2024 so that together, we can defeat infectious disease threats.

We are looking forward to a productive ministerial meeting the next two days. Thank you.