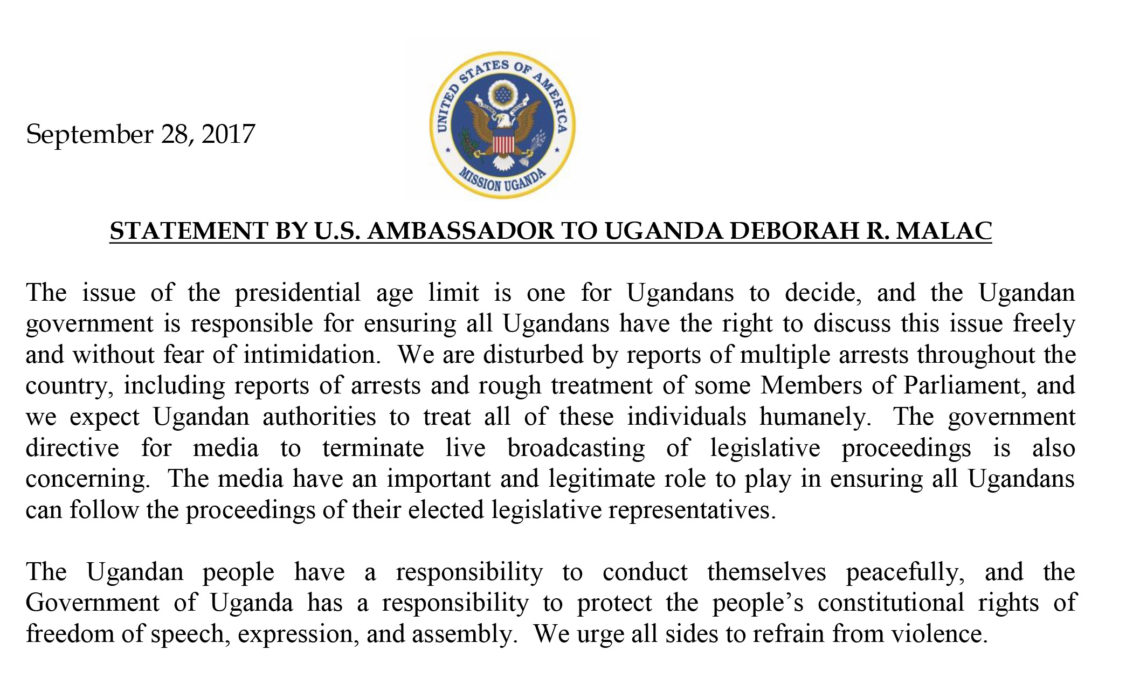 The issue of the presidential age limit is one for Ugandans to decide, and the Ugandan government is responsible for ensuring all Ugandans have the right to discuss this issue freely and without fear of intimidation. We are disturbed by reports of multiple arrests throughout the country, including reports of arrests and rough treatment of some Members of Parliament, and we expect Ugandan authorities to treat all of these individuals humanely. The government directive for media to terminate live broadcasting of legislative proceedings is also concerning. The media have an important and legitimate role to play in ensuring all Ugandans can follow the proceedings of their elected legislative representatives.

The Ugandan people have a responsibility to conduct themselves peacefully, and the Government of Uganda has a responsibility to protect the people’s constitutional rights of freedom of speech, expression, and assembly. We urge all sides to refrain from violence.