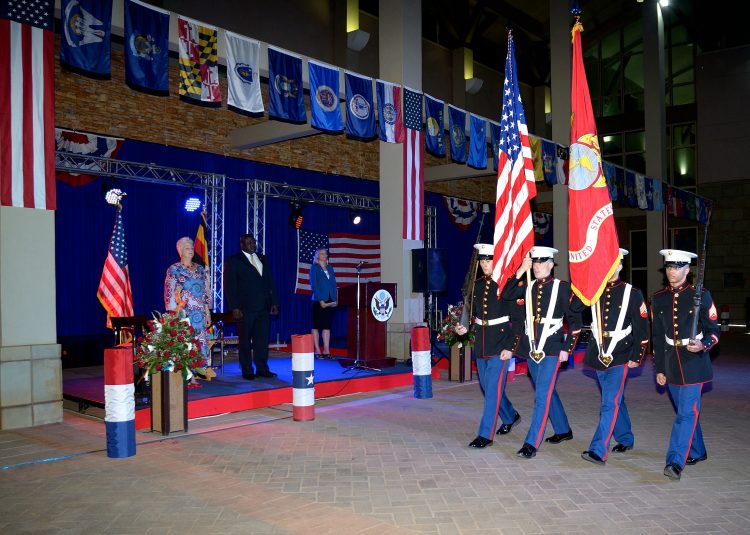 • Honorable Minister of State for International Affairs Henry Oryem Okello;;
• Honorable Members of Parliament;
• Representatives and officials of the Government of Uganda;
• Distinguished guests, colleagues, and friends…
• All protocols observed.

Thank you all very much for joining us this evening to commemorate the 240th anniversary of American independence. It is a pleasure for me to share this occasion with you as we celebrate a truly special day for the United States.

I don’t plan to speak for long tonight, because after all, this is a party and I want you all to enjoy the music and the company. Many of you have asked why we moved the date of our Independence Day celebration this year. Well, we had a really great reason – we pushed the date so that our entertainment for the evening, the Henhouse Prowlers, could join us.

The Prowlers are making a return appearance to Uganda after their smash performances last year. And, although I was not in Uganda then, I know the Henhouse Prowers well. They visited Liberia in 2014 while I was Ambassador, played at our Independence Day celebration in Monrovia, and did some great work with local musicians. We are delighted to have them back in Uganda and I thank them for making the long journey to Kampala to give us a little taste of home!

Some of you may have noticed on your way in to the reception this evening that the American flag is flying at half-staff. President Obama directed this measure as a mark of respect for the victims of the attack on Dallas police officers last week – an event that shook our country deeply after a week of terrible tragedies. We mourn the deaths of those five officers, just as we grieve for those lost in Minnesota and Louisiana in acts of violence that shocked and saddened us all. As Americans, we are wounded by all these deaths. But as America, through the bonds that hold us together, we persevere and stand together in troubling times.

The United States, throughout times of war and peace, economic booms and busts, has now stood for 240 years. It’s truly an amazing accomplishment. Against impossible odds, a small group of dedicated individuals created a new country and revolutionized how people thought about governing themselves. Our Founding Fathers – and Mothers! – believed that governments should be accountable to their citizens.

They dared to declare independence from rulers who they claimed were “deaf to the voice of justice.” And they shared a common belief that citizens had a right to be heard in how they are governed. Those ideals, first stated in the Declaration of Independence and ultimately enshrined in our Constitution and its Bill of Rights, have withstood the test of time. They serve now as beacons of democracy, hope, and freedom around the world.

Of course, those 240 years have not always been perfect. As Alexis de Tocqueville acknowledged during his visit to our young country in the 1800s, the United States is an “experiment.” And from time to time, experiments will falter or fail. We fought a bloody civil war; we continue to strive to overcome the legacy of slavery; and we face the challenge of growing economic inequality that threatens the so-called American dream. Still, America and Americans try to remain true to our values and ideals.

We do this because Americans, from the founding of our country, are innate optimists. We believe, as the opening line of the Declaration of Independence states, that there can be “a more perfect union.” We believe there can be a better way of organizing and governing so that all citizens may share in the benefits of that union. We believe in the words Thomas Jefferson wrote in that same Declaration, that we are all created equal and endowed with certain unalienable rights. After 240 years, we are still a work in progress, but we remain driven by the belief that our founding principles are still relevant and necessary. And that is why I believe the United States is exceptional and special.

The ideals of justice, freedom, security, prosperity, pluralism, and accountable government continue to drive us today, whether in improving upon American democracy at home or engaging with our friends abroad. That’s why we believe people around the world should have those same opportunities to create the lives and futures they want and deserve for themselves and their children. And that’s why we advocate for everyone to have a say in how they are governed, and to have opportunities to change, to grow, and to challenge the status quo to create a better system and society for themselves, their families and their communities.

It’s no secret that democracy, by its very nature, is messy. America’s history is a testimony to that observation. Our current presidential race may be troubling to some, given the tone of campaign rhetoric amplified by round-the-clock media coverage. Elections in the U.S. can get contentious. But our union has survived – maybe through a bit of luck and providence, but more so because of our founding principles. Our defense of a free press, the strength and independence of our institutions, the primacy we place on the rule of law – these are the elements that make our country strong. Our democracy has withstood countless challenges for more than two centuries and still endures. And regardless of who becomes our next President in January, our laws and our Constitution will continue to guide us.

So as we gather tonight to celebrate America’s 240th birthday, I can state confidently that for all the difficulties, our bold experiment in democracy has been and will be a success. I stand here tonight as a proud representative of the United States, a country that from its beginnings has stood as a champion of freedom and opportunity.

I know that in many places, these ideals are being challenged or denied. But I also know that such ideas are eternal, and will endure because of humanity’s common desire for a better world. And they remain at the core of America’s foreign policy and engagement around the world. That is why the United States invests in the people of Uganda – in health and education, in the fight against corruption, and in creating opportunities for prosperity. We believe in the future of Uganda, and especially in its youth, and we want to see this country succeed.

Before I conclude, I want to extend my thanks to the many sponsors of tonight’s celebration. These companies represent some of the best in American business and innovation. Their presence in this country demonstrates a commitment to providing economic opportunities and prosperity for all Ugandans.

Thank you again for joining us on this special occasion. We truly value our friendship and partnership with Uganda, and I hope we will continue to strengthen those ties in the years ahead. Now, without any further ado, I encourage everyone to eat, drink, and enjoy the fabulous music and company here this evening as we celebrate America’s birthday!

But before we do that, please join me in raising your glasses to the health of His Excellency President Yoweri Kaguta Museveni, and to the friendship and partnership between Uganda and the United States. Long live the Pearl of Africa. 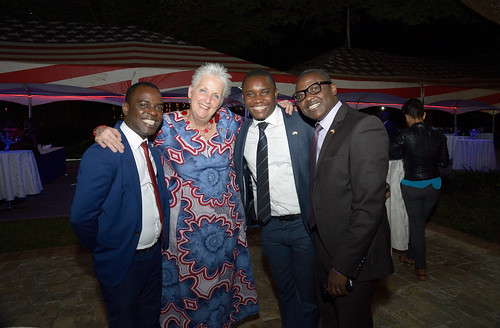 Glad so many Ugandan friends could join & celebrate US independence! Already looking forward to next year's party! pic.twitter.com/RGqyMh2dpx