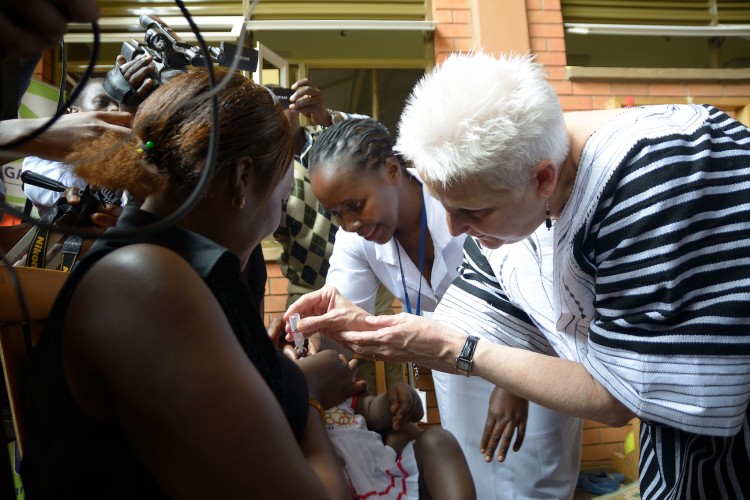 Investing in Ugandans’ health and future
As the world’s leading global health donor and the largest provider of health assistance to Uganda, the United States is committed to improving the health of Ugandans. The U.S. Government seeks to strengthen Uganda’s capacity to address HIV/AIDS, malaria, maternal/child health, family planning, emerging health threats, and other health issues.

Roughly 65% of all U.S. assistance in Uganda is devoted to these efforts. Funding is directed towards helping the people of Uganda; the U.S. does not provide direct budget support to the Government of Uganda.

WORKING TOWARD AN AIDS-FREE GENERATION

Through the U.S. President’s Emergency Plan for AIDS Relief (PEPFAR), the U.S. Government works with partners to deliver prevention, care, treatment, and support services to Ugandans infected with and affected by HIV/AIDS. The U.S. Government collaborates with the Government of Uganda, national, international, and civil society organizations on building Uganda’s capacity to lead the HIV/AIDS response, to include the integration of TB services.

Uganda is a focus country for the U.S. President’s Malaria Initiative (PMI). The U.S. Government’s goal is to work with the Government of Uganda and other partners to reduce malaria deaths and decrease malaria morbidity, toward the long-term goal of elimination. PMI supports Uganda’s National Malaria Control program in four key interventions: indoor residual spraying; insecticide-treated nets; intermittent prevention of malaria in pregnancy; and diagnosis and treatment with artemisinin-based combination therapy.

Uganda has been a hot spot for multiple disease outbreaks in the last decade – including pathogenic arboviruses such as West Nile virus, yellow fever, dengue fever, and Chikungunya – and viral hemorrhagic fevers such as Ebola, Marburg, Crimean-Congo and Rift Valley fever.

The U.S. Government is focused on helping to reach the UN Sustainable Development Goal of good health and well-being for all ages by supporting programs to reduce maternal and newborn mortality and morbidity and the unmet need for family planning.