WORKING TOWARD AN AIDS-FREE GENERATION
The American people, through the U.S. President’s Emergency Plan for AIDS Relief (PEPFAR), support the fight against global AIDS through bilateral and regional programs in 65 countries. PEPFAR is the largest commitment by any nation to address a single disease in history. Through PEPFAR, the U.S. Government has invested $70 billion dollars in bilateral HIV/AIDS programs, the Global Fund, and tuberculosis programs. In partnership with countries and other organizations, PEPFAR has helped reduce AIDS-related deaths by 45 percent since their peak in 2004.

As of September 2015, PEPFAR global investments have resulted in: 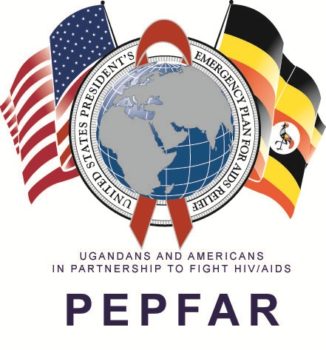 PEPFAR UGANDA
More than 1.5 million Ugandans are estimated to be living with HIV and AIDS. Since 2004, PEPFAR has collaborated with the Government of Uganda, national, international, and civil society organizations on building Uganda’s capacity to lead the HIV/AIDS response. Focus areas include care and treatment, prevention, impact mitigation, and health systems strengthening. Supported programs aim to achieve epidemic control by focusing on high impact, efficient interventions within populations and areas with elevated HIV prevalence rates. PEPFAR Uganda implements its programs through the U.S. Agency for International Development (USAID), U.S. Centers for Disease Control (CDC), U.S. Department of Defense, U.S. Department of State, and Peace Corps.