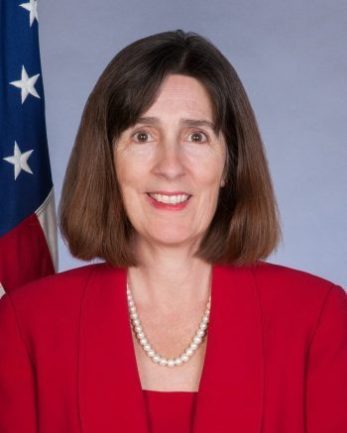 Colette Marcellin is the Deputy Chief of Mission in Kampala, Uganda. Most recently, Ms. Marcellin was the Management Counselor in Kabul. Prior to Afghanistan, she served as the Deputy Executive Director of the Near East and South and Central Asia Bureau’s joint executive office where she handled the South and Central Asia portfolio. Other domestic assignments include the Foreign Service Institute’s Director of Orientation during the 2009-2011 hiring surge; Special Assistant to the Assistant Secretary for Administration; and Post Management Officer for Central America and the Caribbean. Her overseas tours include Management assignments in Dhaka, Paris, and Singapore; an economic assignment in Jakarta; and a consular tour in Bridgetown.

Throughout her career, Colette has volunteered on the boards of international schools and on the J. Kirby Simon Foreign Service Trust. Prior to joining the State Department, she was a hospital administrator in the United States and Kenya and also a Transportation Commissioner for the City of Los Angeles. Colette holds a M.B.A. from the University of Chicago and a B.A. from Rice University. She is a tandem officer – married to a USAID Health Officer – and has two adult daughters.