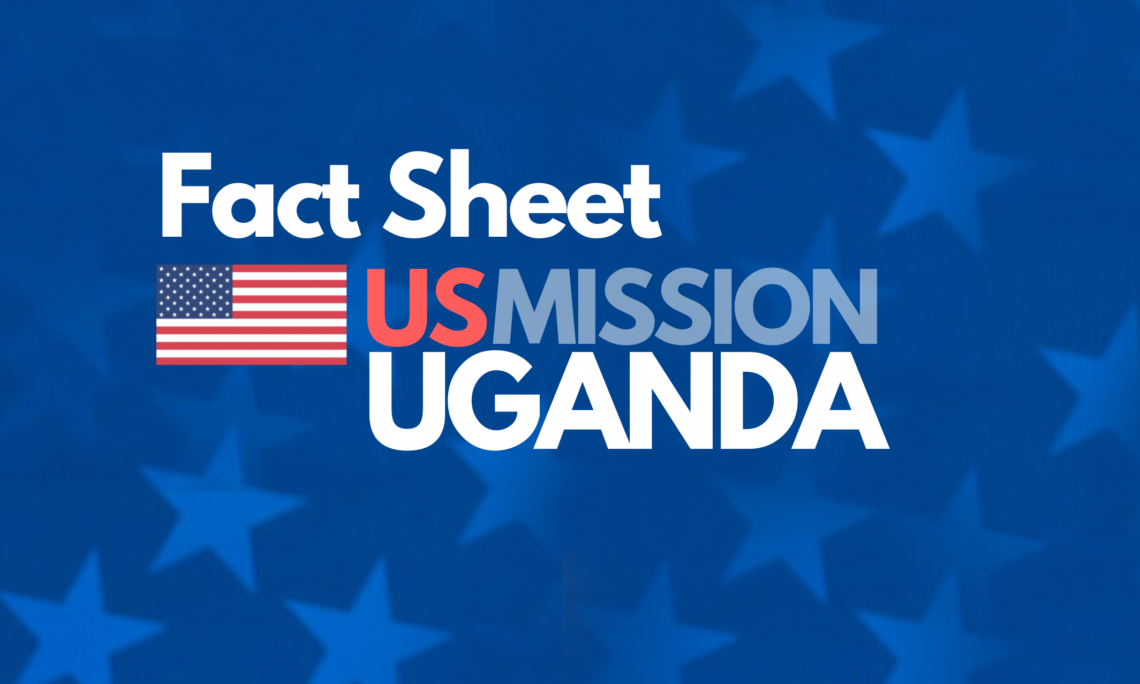 The United States has channeled more than $22.3 million (nearly UGX 85 billion), through implementing partners, to support the Government of Uganda-led response to the current Ebola virus outbreak since September 20, 2022.  By supporting the leading role of Uganda’s Ministry of Health (MOH), and in coordination with other national and international partners, U.S. government funding advances Ebola surveillance and contact tracing, case management, follow-up care for Ebola survivors, diagnostics and laboratories, risk communications and community engagement, infection prevention and control, waste management, care and treatment for patients in Ebola Treatment Units, and also safe and dignified burials.

For decades, public health experts from the U.S. Mission in Uganda have worked hand-in-hand with Ugandan health professionals to strengthen health systems to prevent, detect, and respond to infectious disease threats.  Working closely with Uganda’s Ministry of Health, we are using these systems and applying the lessons of past outbreaks to combat the current Ebola Virus Disease outbreak together.  The United States government has mobilized an interagency team to support Uganda’s Ebola response through the U.S. Agency for International Development (USAID), the U.S. Centers for Disease Control and Prevention (CDC), the U.S. Department of Defense (DoD), and the U.S. Department of State.  Highlights of this support include:

The United States has invested in community engagement for outbreak response across Uganda and building risk communication capacity for dealing with any health emergency alongside the MOH in Uganda for years.  This support has contributed to:

The United States has supported Uganda’s MOH in establishing a national laboratory network by directly supporting the Central Public Health Laboratory (CPHL) and other partner institutions like Baylor University to build test capacity, sample transport and data entry and analysis.  Similarly, the USG has supported the Uganda Virus Research Institute (UVRI) in surveillance for zoonotic pathogens including arboviruses and viruses that cause hemorrhagic fever. CPHL and UVRI have worked together as part of a Uganda Ministry of Health effort to provide safe and effective diagnostic and surveillance services to the country. Through local partners, we have intensified surveillance efforts to detect Ebola in the affected districts. The support includes:

Support to UN Agencies – WHO and UNICEF