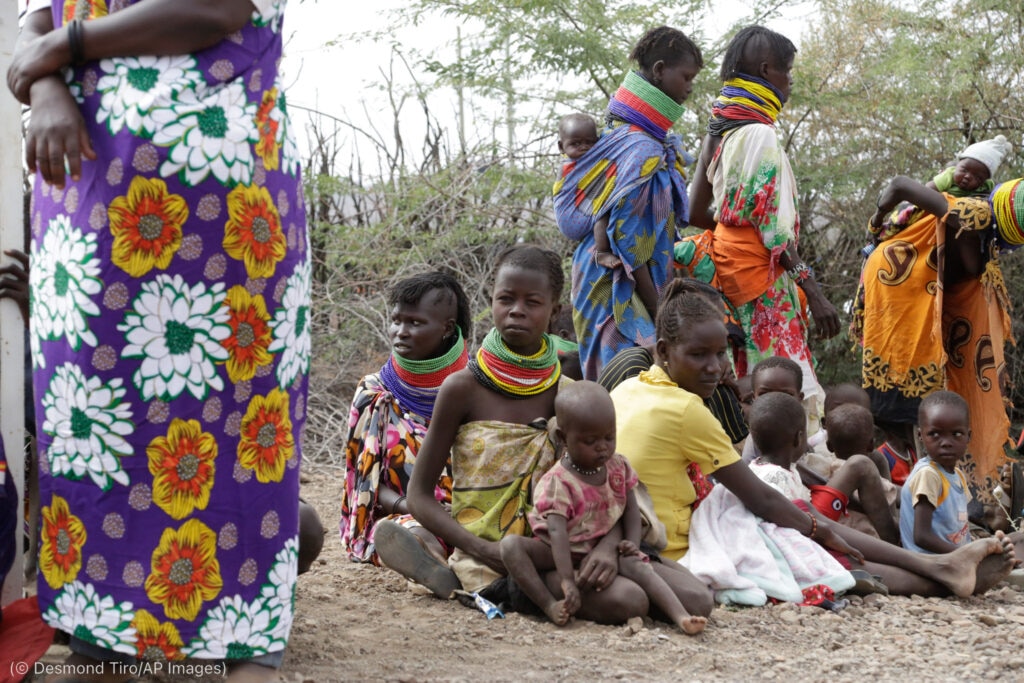 That is why President Biden announced in June $2.76 billion in U.S. funding to help protect the world’s most vulnerable populations and mitigate the impacts of growing food insecurity and malnutrition.

“Now is the time to feed the future, to transform Ghana and other African nations into breadbaskets,” Thomas-Greenfield said in Accra, the capital and largest city of Ghana.

She said one out of five people in Africa are undernourished. In the Horn of Africa alone, up to 20 million people risk going hungry.

“We cannot just supply food to the hungry — although that is incredibly important,” she said. “We also have to look at what is causing that hunger, what is driving food insecurity in the first place.”

The 3 Cs: Climate, COVID-19 and conflict

Climate change: Agricultural productivity in Africa declined by one-third during the past 30 years because of climate change, she said. Rising water temperatures mean lower fish yields, a major source of income and nutrition, in Ghana. In Somalia, where 2.3 million people are at the brink of famine, 700,000 camels, goats, sheep and cattle died in early 2022 from drought-related causes.

COVID-19: Before the pandemic, 100 million people were food insecure. Three years later, that number jumped to more than 190 million people, Thomas-Greenfield said. COVID disrupted the labor markets that farmers rely on and upended supply chains, making it harder to get food to market.

Conflict: Violence in the Democratic Republic of the Congo and the Central African Republic forced people to leave their homes, displacing millions. Russia’s full-scale invasion of Ukraine and blockade of its ports also contributes to the food crisis. The two nations supply Africa with 40% of its wheat supplies. They supply even higher percentages to Eritrea, Somalia and Madagascar, according to the United Nations.

Thomas-Greenfield said the food security crisis could galvanize the resources, infrastructure and connections needed to make Ghana and other African nations their own breadbasket.

She said the U.S. government will continue to help agribusinesses in Africa. Recently, U.S. support helped more than 638,000 smallholder farmers in Ghana adapt to price spikes by helping them use local fertilizer sources.

The previous day, Thomas-Greenfield had visited a grain milling factory in Uganda that the U.S. is supporting. She announced an additional $20 million to help Uganda to expand investments in fertilizer, grains and other crops. The U.S. also is working with international partners to feed refugees in Uganda.

“We want to see an Africa that provides for Africa, with self-sustaining food supplies that translates peace into sugar bread, chapatis, injera, and Jollof rice that you can share with the globe,” Thomas-Greenfield said.

In May, U.S. Secretary of State Antony Blinken convened a U.N. Security Council meeting and a ministerial meeting to rally collective action on the food crisis.

During that meeting, countries agreed to create a “global road map” that commits countries to taking concrete steps to get food to people around the world who need it. Some 100 countries have signed on to that road map.

“Today, the food security crisis provides all the urgency we need,” Thomas-Greenfield said. “Now is the moment to work together across governments, across countries, between people, to end hunger.”

This article was originally published on https://share.america.gov/