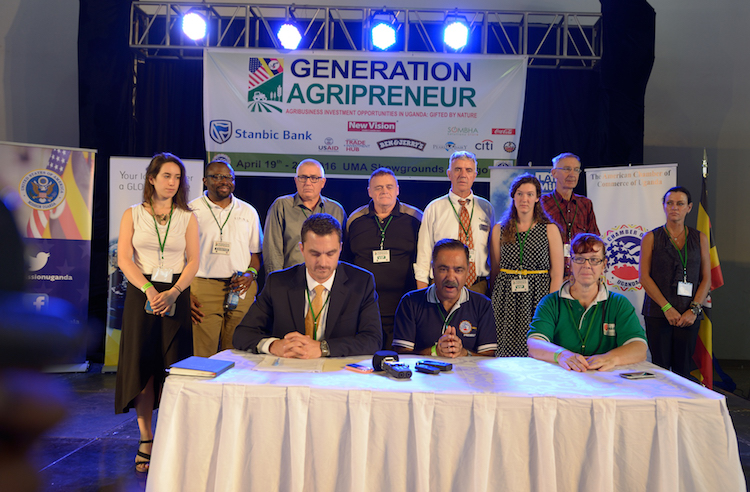 KAMPALA, April 19, 2016: U.S. Mission Uganda and the American Chamber of Commerce-Uganda have partnered to organize the second annual “Generation Agripreneur Summit and Expo,” which opened in Kampala on April 19. The Summit and Expo, held at the Uganda Manufacturers Association show grounds, will run until April 21, and will feature more than 120 companies from Uganda and the United States involved the agriculture industry.

The show will feature exhibitors and speakers from the United States and Uganda, many of whom will focus on value addition along the agriculture value chain. The Generation Agripreneur Summit and Expo will also showcase new technology in agricultural inputs, global standards in enhancing the quality of production and processing, the latest in transportation and infrastructure services, and financial services for agribusiness.

Speaking at a press conference opening this year’s event, Captain Abhay Agarwal, President of the American Chamber of Commerce-Uganda, said the show will inspire Ugandans to grow their agribusinesses with new partnerships with the United States. The U.S. Embassy’s Political/Economic Counselor Andrew Lentz said the U.S. government sponsors events like the Summit and Expo because America believes that Uganda’s agricultural sector is a good investment for companies in the United States and around the world. He added that another goal of the event is to create linkages between American and Ugandan businesses and investors, and to expand ties between the people of both countries.