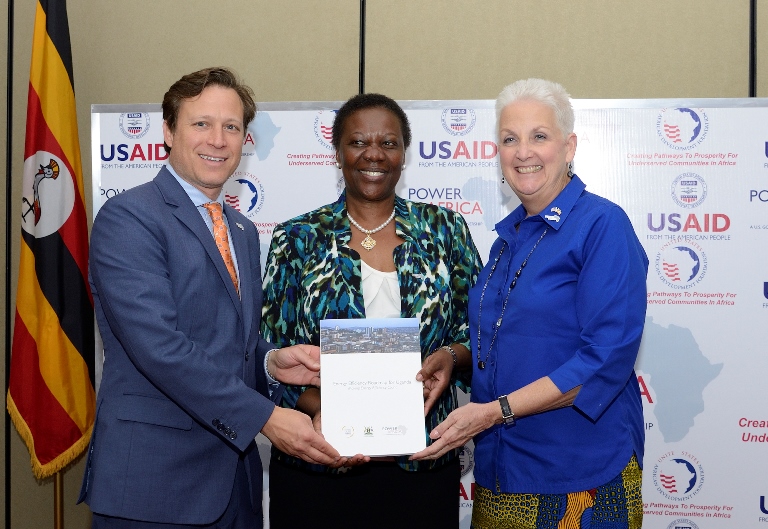 Power Africa Coordinator Andrew M. Herscowitz handed over master plans to the Government of Uganda for three rural electricity service territories, which identified 140,000 potential new connections and over 100 mini-grid sites that further advance Power Africa’s goal of creating new connections through grid extensions and off-grid projects. The master plans will play a fundamental role in the achievement of the Government of Uganda’s 2013-2022 Rural Electrification Strategy and Plan.

Launched at the same event, the Power Africa 2017 Annual Report highlighted that Power Africa has facilitated the financial close of power transactions expected to generate more than 7,200 megawatts and supported private sector companies and utilities to connect over 10 million homes and businesses.

“As we look to the future of Power Africa, Uganda is ready to tap into all of its resources, including human resources along with the water, wind, sun, gas, and steam that will power our economy,” said the Honorable Irene Muloni, Minister for Energy and Minerals in Uganda. “We appreciate the partnership of the U.S. Government, and welcome the investment from outside developers and investors.”

“The Government of Uganda is an important Power Africa Partner that is supporting a predictable investment environment that attracts private sector interest in the energy sector. We look forward to using the momentum from Uganda’s Power Africa Day to support Uganda’s electrification efforts,” stated Herscowitz.

The U.S. African Development Foundation (USADF) concluded the day by signing two grants for $100,000 each under the Power Africa Women in Energy Grand Challenge to grantees Eseza Musoki of CODE-Uganda and Mariah Bawubya of Joint Energy and Environment Projects (JEEP). This is a testament of Power Africa’s efforts of recognizing and supporting Women in African Power and further increasing access in areas not served by national electricity grids.

U.S. Ambassador Deborah R. Malac, who presented the grants, said, “Female entrepreneurs have the power to bring change from the bottom up and from the top down.”

For additional information on Power Africa or its private and public sector partners, please visit the Power Africa website (www.usaid.gov/powerafrica) or email powerafrica@usaid.gov.