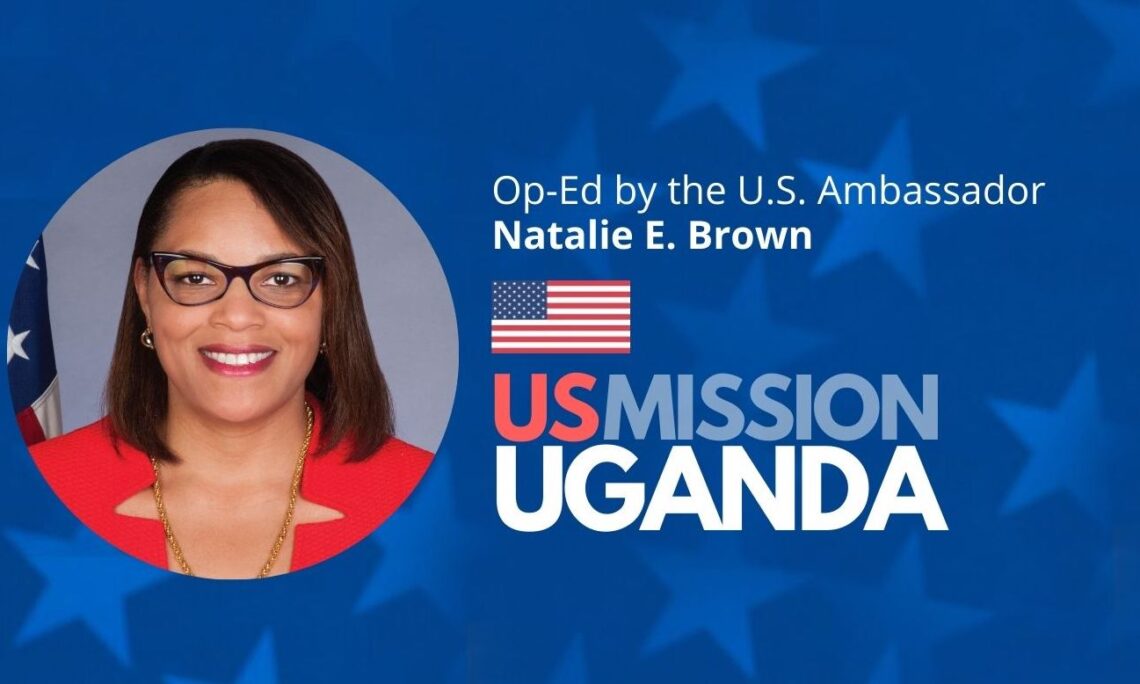 How the United States is Promoting Food Security, Locally & Globally

Recently I met with communities and community leaders in northern Uganda partnering with the United States to promote jobs and economic opportunity, empower women, and build health sector capacity.  My trip came at a time when Ugandans are feeling the effects of rising food prices, part of a global food security challenge exacerbated by COVID-19, climate change, and Russia’s unprovoked war against Ukraine, which the World Bank says may drive an additional 40 million people into extreme poverty and food insecurity this year.

The causes of food insecurity are many, but we cannot use complexity as an excuse for inaction, locally or globally:  that’s why I made it a point during my trip to visit projects helping to address northern Uganda’s chronic food security challenge through the United States’ Feed the Future (FtF) initiative.  In Bolipii village of Awach sub-county, residents explained to me how they have successfully adopted FtF’s integrated approach of cultivating high nutrition and high value crops, planting trees that provide fruit and protect soil, starting diversified enterprises established from savings, and improving hygiene and sanitation.  Bolipii’s success – like 35 other Ugandan communities recognized by Feed the Future as “model villages” – means its residents have enough food to eat and sell, even in uncertain times.  That’s just one example of how the United States is helping Uganda achieve food security and fulfill its potential to be an agricultural powerhouse in Africa.  In 2020 alone, the United States provided nutrition support to 2.4 million Ugandan children under five years old and helped Ugandan farms and businesses generate $20 million in agricultural sales.

As I was reviewing local U.S. food security initiatives in Uganda, U.S. Secretary of State Antony Blinken was at the United Nations in New York to rally global resources to address the food security challenge.  As Secretary Blinken stated, we need countries to step up with substantial new contributions to fill gaps faced by humanitarian organizations and agencies battling food insecurity, including the World Food Program (WFP), FAO, and UNICEF.  In that regard, we commend the African Development Bank for its $1.5 billion emergency food relief program to benefit 20 million people on the continent facing shortages of wheat, maize, soybean, and other crops because of Russia’s invasion of Ukraine.

The United States is also doing its part. First, the United States, which annually provides approximately 40 percent of funding for WFP, has announced $2.6 billion in new funding for food assistance since Russia’s full-scale invasion of Ukraine and the U.S. Congress recently approved a further $5.5 billion for humanitarian assistance and food security.  We call upon other countries and institutions with financial resources to step up and do it fast.  Second, the United States has committed $500 million to increase U.S. production of fertilizer and is supporting farmers globally to maximize fertilizer efficiency.  Third, the United States is investing in agricultural capacity and resilience.  Globally, the Feed the Future program intends to invest $5 billion in more than 35 countries over five years.

Finally, we must address the acute food security crisis caused by Russia’s war against Ukraine.  Russia has destroyed Ukrainian civilian infrastructure that is critical to food production and transport.  It has destroyed Ukrainian grain storage facilities and there are reports of Russia stealing food stocks in parts of Ukraine it illegally occupies.  Ukrainian wheat can feed 400 million people worldwide.  Today, Russia’s blockade of Ukrainian ports means that over 20 million tons of grain is stuck in silos, unable to feed millions around the world, including in Africa.

Let me be clear: the only thing preventing Ukrainian crops from feeding those in need is Russia’s effort to crush the Ukrainian people and their economy.  In an effort to distract from its military aggression, Russia has blamed international sanctions for worsening the crisis:  this is patently false.  Sanctions imposed by the United States on Russia deliberately excepted agricultural goods and fertilizer.  There is nothing preventing Russian food or fertilizer from leaving Russia.  If the international community works together to meet the urgent need for food, fertilizer, and financing; if we together invest in the resilience of agriculture and vulnerable populations, we can meet this challenge and help prevent others like it.  The United States is committed to doing so.