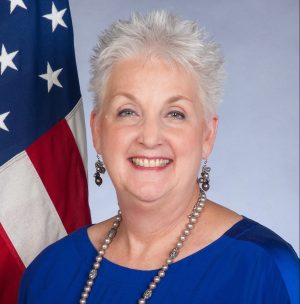 Every April 7, the world comes together to commemorate World Health Day, a global campaign to improve and promote awareness on key health issues. This year, we can celebrate the fact that Uganda is making great strides towards achieving the United Nations’ sustainable development goal of ensuring good health and well-being for all ages. New HIV infection rates are down, decreasing by 32 percent from 2010 to 2014. AIDS-related deaths have also declined from 120,000 in 1998 to 31,000 in 2014. And more encouragingly, new HIV infections in children decreased by 69 percent from 2009 to 2014. The HIV positivity rate among exposed babies tested has also decreased from 12 percent in 2010 to 5.3 percent in 2015.

Serious mismanagement and corruption in the Ugandan health system, however, threaten these advances and the health of all Ugandans. Last month’s alarming Global Fund audit highlighted serious deficiencies in Uganda’s health sector, such as the Government of Uganda’s failure to properly use and account for millions of dollars allocated to fight against three of the nation’s biggest health threats – HIV/AIDS, tuberculosis, and malaria. The report also noted ongoing shortages of vital life-saving medicines. These shortages, and the lapses in government oversight that caused them, put hundreds of thousands of Ugandan lives at unnecessary risk from preventable and treatable diseases.

For a population that relies so heavily on health sector donor funding, it is disheartening to see government corruption and mismanagement interfere with the health of its own citizens. Nonetheless, the United States has not and will not step back from its pledge to help improve the health of the Ugandan people. As the world’s leading global health donor and the largest provider of health assistance to Uganda, we remain committed to providing Ugandans with targeted resources to improve their health. Healthy people live longer, are more productive workers, and contribute to their society’s economic growth. An investment in the well-being of Ugandans today is ultimately one in the country’s future prosperity.

Last year, the United States invested more than $495 million in Uganda’s health sector. Most of this assistance goes directly to the people, not the government, directly supporting services that make positive differences in the lives of Ugandans. Thanks to the U.S. President’s Emergency Plan for AIDS Relief, last year more than 466,000 men were circumcised for HIV prevention, 1.6 million pregnant women were tested for HIV, and 742,000 HIV-positive Ugandans received lifelong antiretroviral therapy. In addition, we’ve made great progress in the fight against malaria, the top cause of illness and death in Uganda. With U.S. assistance, more than three million Ugandans are now protected through Indoor Residual Spraying, and along with support from the Global Fund and the United Kingdom, the number of households with bed nets has increased to 80 percent, up from 34 percent in 2006. These practices have contributed to a 34 percent decrease in the mortality rate in children under-five, and by 2020, we aim to cut all malaria deaths by one-third from current levels.

Successful programs like these contribute to strengthening Uganda’s health sector, but there is considerable work to be done. Children in particular still face serious health risks, demonstrated all too clearly in the research presented during last year’s National Forum on the State of the Ugandan Child. The evidence is truly shocking: One of every 11 Ugandan children dies before their fifth birthday; one-third of all children under five are stunted; and nearly 75 percent of children report being abused in school. These are not just statistics; these are lives – lives that demand fully functioning health systems that meet the needs of all Ugandans, who must remain healthy in order to build the future they deserve.

During my time as the U.S. Ambassador to Liberia during the Ebola epidemic, I saw firsthand the importance of having a strong health system in place to respond immediately to the needs of the people. Liberia’s fragile health system was no match for this deadly disease and was quickly overwhelmed. Working with international partners, the Liberian government fought back and began to build a more robust health infrastructure which helped them stop the epidemic. Uganda, already possesses this capacity, as I observed many health care workers from Uganda selflessly contribute to the Ebola fight in Liberia; but more work is needed to build on Uganda’s progress.

The United States will continue to do its part to improve the health of Ugandans. Further advancements, however, will depend on the actions of the Government of Uganda and the Ugandan people themselves. Authorities must take responsibility, eliminate corruption, and adopt financial transparency with health funding. The government must also increase its own investment in building a stronger health system. Uganda currently allocates just seven percent of its budget to health – far below the 15 percent commitment President Museveni agreed to under the 2001 Abuja declaration. Ugandans, too, must act by taking control of their own well-being and adopt healthy behaviors that will extend and improve their lives.

The United States supports countries like Uganda as they provide for the health of their own citizens, but the Government of Uganda needs to do more. Officials must increase both investment and accountability in Uganda’s health sector if the country is to become healthier and ultimately more prosperous. The healthy lives that all Ugandans deserve ultimately depend on a far greater commitment by the government to ensure that future becomes a reality.