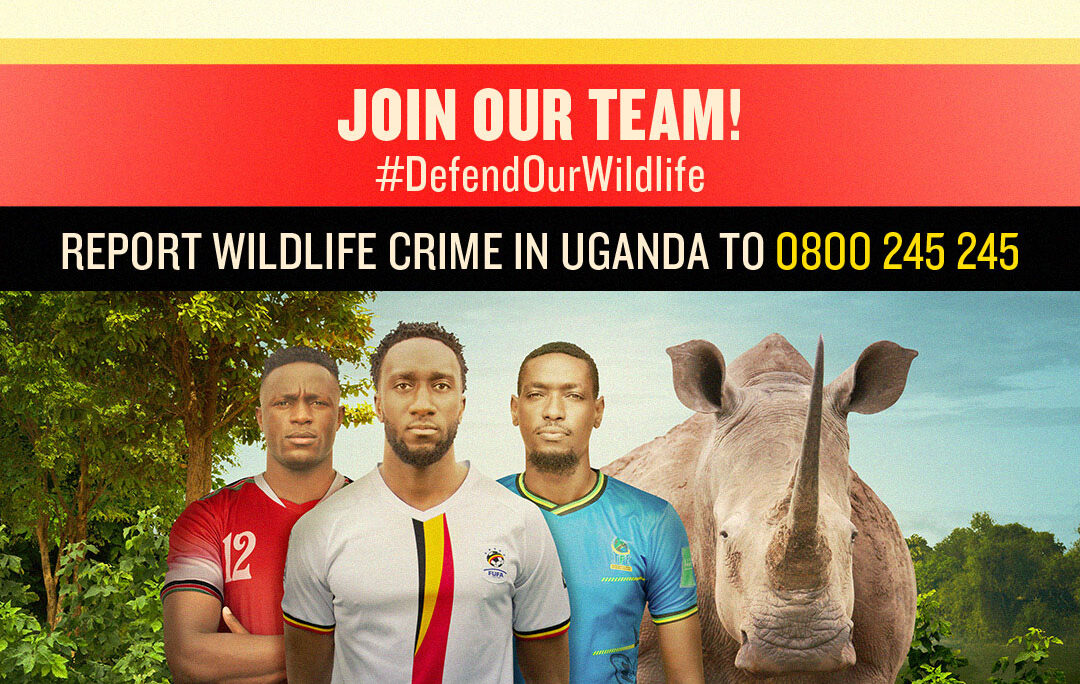 I am thrilled to join you today on behalf of the United States government for the launch of the “Join Our Team! Defend Our Wildlife” campaign.  Today’s event is particularly meaningful for me because it brings awareness to an issue that is near and dear to all of us – protecting Uganda’s rich wildlife for future generations.

Uganda’s very own Cranes defender, Bevis Mugabi, has stepped up to lend his voice to the campaign, asking everyone in Uganda—but especially the workers in the shipping sector—to help tackle wildlife crime.  To encourage these workers, the Uganda Wildlife Authority has set up a hotline for people to report wildlife crimes, toll-free and anonymously.  It is an innovative way to encourage Ugandans to protect wildlife both domestically and regionally.

Before the pandemic, Uganda’s amazing wildlife helped to draw more than 1.5 million tourists a year to the country.  International and domestic tourists spent more than 6 trillion Uganda shillings here in 2019.  Tourism accounted for more than 8 percent of Uganda’s GDP, and employed nearly 600,000 people.  Protecting Uganda’s wildlife is not only the right thing to do, but it is also essential to support employment and revenue in the tourism sector, an important driver of economic growth.

As everyone here today knows, Uganda is endowed with incredible biodiversity and harbors some of the world’s most iconic species.  I have had the great privilege to visit many of Uganda’s parks to see some of the animals from afar, and this past Earth Day, I was a zookeeper for a day, where I got to interact with a variety of animals up close.  I have seen the majesty of the incredible wildlife that brings tourists from around the world, and I’ve also seen the harm that poachers can afflict.  I was with Director Mwandha last year when I saw an elephant struggling to feed and drink because it lost half of its trunk to a poacher’s snare.

While Uganda’s tourism industry relies heavily on wildlife and natural resources, the sector faces enormous challenges—specifically by illegal wildlife trade, a multi-billion-dollar criminal industry and a threat to our planet’s biodiversity, and Uganda’s economy.  Since 2010, Uganda has registered an upsurge in wildlife product trafficking, undermining both tourism revenues and national security.  As a historic trading hub in East Africa, Uganda’s porous borders have increasingly made the country a major hub for trafficking wildlife products originating in Central, West, and East Africa on their way to Asia.

The U.S. Mission in Uganda appreciates the importance of conservation, both to safeguard the planet’s biodiversity and to generate economic development.  We do this through ongoing work with UWA and our implementing partners; projects to mitigate human-wildlife conflict; supporting systems for the legal trade of wildlife projects, which the Minister and I launched last year; events like Zoohackathon where young people use technology to address a conservation challenge; and reducing wildlife crime in Uganda by strengthening the capacity of institutions that combat wildlife crime and by detecting, deterring, and prosecuting wildlife offenders through close collaboration with security and law enforcement agencies.

I commend the Ugandan government for helping to lead this new campaign toward defending Uganda’s precious wildlife, which will continue to drive the country’s economic growth.  I hope the campaign encourages more people to step up and speak out and take action to put a stop to wildlife crime.  And I trust these efforts will ultimately lead to millions of future tourists coming to experience the magnificence of Uganda’s biodiversity.  I hope the campaign also spurs greater interest among the youth, as well as all Ugandans, in the importance of environmental conservation and the role we all play in supporting it.

I want to thank all of you here today for your commitment to wildlife conservation in Uganda.