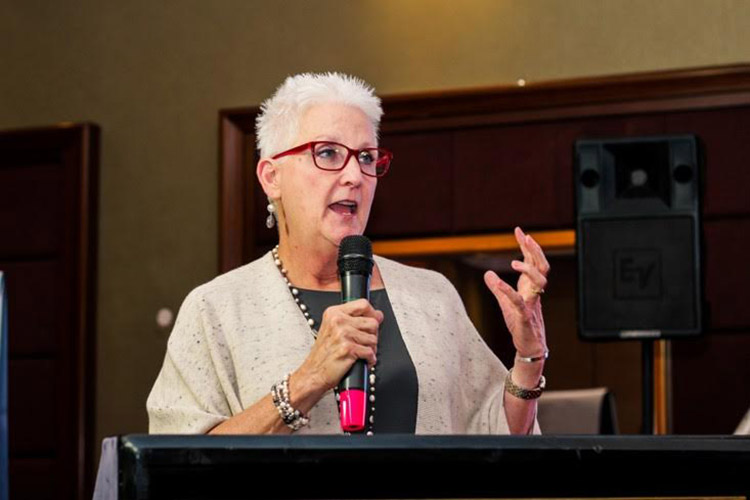 Good afternoon and thank you for that introduction. One of the core goals of the United States Mission in Uganda is empowering women, and I am very pleased to be here with you today as we work towards including women business.

I would like to thank Sherifa Tumusiime, the founder and CEO of Zimba Women and an alumna of the Young African Leadership Initiative Mandela Washington Fellowship.  I’d also like to thank Peace Kuteesa and Mary Helda Akongo for helping organize this summit.  We are delighted to partner with Zimba Women to help women entrepreneurs employ technology to grow their businesses.

Women’s economic empowerment is a critical step in creating a more prosperous Uganda.  The research is clear: investments in women’s employment, health, and education have a direct connection to a country’s economic growth and successful development.  No nation can become a vibrant middle-income country if it leaves half its population out of the development equation.  For this reason, the United States has made empowerment for women and girls a core part of its foreign policy around the world.  For Uganda to reach middle-income status, women business owners like you must be a part of the economy.

Women must be involved in making decisions that affect women.  Women must have access to the same opportunities as men including access to education, access to employment opportunities, and access to technologies that are shaping the economic outlook of the region.  Currently, across Sub-Saharan Africa, 45 percent fewer women than men have access to the internet, while women only make up an estimated 7 to 12 percent of all engineering students across the continent. These gender gaps are greater than any other region on earth, and are often due to the lack of basic access to technological tools. Ironically, low and middle-income countries are actually facing shortages in qualified applicants for information and communication technology jobs.  A higher representation of women in these industries through an increase in shared access to education can help bridge this gap

Shared access is a key component of gender equality; meaning that no gender is better than another.  Gender equality does not mean putting women ahead of men.  Gender equality means creating partnerships between women and men to help move countries forward.  In fact, the Organization for Economic Co-operation and Development explains that overall life satisfaction throughout a country increases over time as gender equality increases.

If your businesses grow, and if more women like you start businesses, all Ugandans will benefit. Throughout the world, data suggests that gender inequality is strongly correlated with national poverty.  There is a direct correlation to economic growth and access to education for women.  Studies by the World Bank explain that is Sub-Saharan African countries had closed the educational gender gap between 1960 and 1992 as quickly as East Asia had, per-capita income growth would have doubled in Africa during that time period.

Uganda has fallen behind in this regard.  A recent The World Economic Forum’s Global Gender Gap Report 2017 showed that Uganda was in the bottom 20 when it comes to educational attainment for girls.  This is simply unacceptable, given that the average Ugandan today is a fourteen-year-old girl.  She’s one of six children, living in a rural area.  She has a one-in-four risk of becoming pregnant as a teen, and she might get married far too early.  She is likely to drop out of school before reaching the secondary level.  Our average girl represents a resource and potential not realized.

This lack of potential utilization is affecting Uganda on a macro level.  Recent reports by the World Bank indicate that Uganda has fallen seven places, to 122, in terms of the ease of doing business, and finds itself in the bottom 25 in terms of the ease of starting a business and the ease of finding electricity to power that business.  This puts Uganda well behind its East African neighbors; Kenya and Rwanda.  As Uganda transitions into the regional economy of the Eastern African Trade Community, it must do a better job of including women in the decision making process, as that will lead to more efficient distribution of goods and services.  Studies show that women world-wide are more likely to pay back loans, manage safer and more effective investments, and create spending habits in ways that benefit children.

More than citizens of any other country, Ugandans are more likely to be involved in creating or owning a business.  Ugandans have high aspirations, positive attitudes towards entrepreneurship, and little fear of failure.  The vast majority of Ugandans see good opportunities to start a business here.

This matters, because in 2014, the Global Entrepreneurship Monitor reported the number of female Ugandan entrepreneurs outnumbered their male counterparts.  In fact, the average entrepreneur in Uganda is a young woman, with at least a secondary education, who works in the service sector.  Even though women in Uganda still face systemic barriers to educational access, women in Uganda are more educated and more informed than ever.  Women like you, who are here today, are role models for the next generation of female entrepreneurs, and you will lead your country to middle-income status.

However, as you all know, the survival and growth of entrepreneurial ventures in Uganda is a major challenge.  Much of Ugandan entrepreneurship is concentrated in micro and small businesses.  A high percentage of new businesses here fail.  According to 2016 statistics, only two percent of new Ugandan businesses expected to employ 20 or more people in the next five years, and current census reports estimate the unemployment rate to be as high as 60 percent.  So the challenge in Uganda is to help more entrepreneurs grow their businesses and employ more people.

That is exactly what this summit intends to do, so I hope all of you get inspired, network, and learn some new things that will help you expand your businesses.

I was very happy to see the mentorship component of this program.  It used to be that asking for help, guidance or even having a mentor is seen as a sign of weakness.  We women assumed that in order to be considered competent and accomplished, we had to work harder, be stronger than our male counterparts.  That is changing.  I would not be here without the guidance of female mentors who helped me.  Mentors, you have a unique opportunity shape the next generation.  Help them by showing them how not make the same mistakes we made along the way.

Finally, I want to touch briefly on the fact that expanding trade and investment between the U.S. and Uganda is a priority for me, the U.S. Mission here in Uganda, and the entire U.S. government.  The U.S. and Uganda share a longstanding relationship, and we believe that African Growth and Opportunity Act, known as AGOA, can play an important role in strengthening ties between our people.  AGOA offers an opportunity to help Ugandan entrepreneurs break through and expand their businesses; create economic opportunity for Uganda’s growing population; and build the people-to-people connections between our countries.

Ugandan producers – particularly its young, energetic entrepreneurs – have so much to offer.  This summit is about you – and expanding opportunities for women through technology.  You’ll learn how seasoned business women got started, what went wrong, what surprised them, and how they grew their companies.  You’ll also learn how you can use technology and tools such as Facebook to extend your reach and grow your business, and how various government agencies and bodies can support you to expand your business.

It is up to all of you to demonstrate the value you are creating, to grow your business, and to help develop the next generation of female entrepreneurs and leaders.  I wish you luck and success in the future.