and Soon I Will Be Done 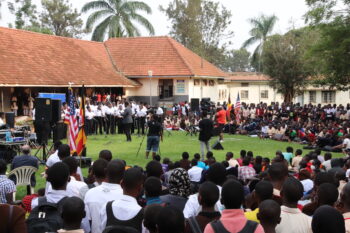 The Makerere Spirituals Choir performed a concert for students of Jinja Senior Secondary School to show through song the impact of African American Spirituals on American musical traditions. 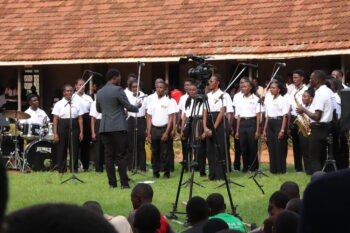 African-American spirituals have their roots in songs sung by enslaved people in the United States.  The songs helped African-Americans find hope during their bondage and played a key role in ending slavery. 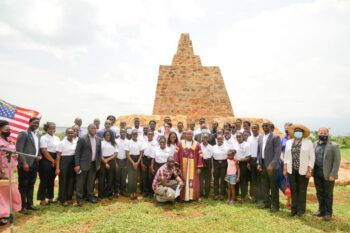 January 25, 2022 – Inauguration of Fort Luba Thurston Historical Site in Walumbe, Mayuge District.
U.S. Ambassador to Uganda Natalie E. Brown, representatives of the Ministry of Tourism, Wildlife, and Antiquities, local authorities, and the Walumbe community came together to unveil the restored Luba-Thurston Fort Memorial, dedicated to preserving and honoring the memory of the men, women, and children who passed through this former slave trading site.  During the ceremony, the Makerere Spirituals Choir performed a series of African-American spirituals to recognize our shared experience  and to celebrate the U.S. Mission in Uganda’s observation of Black History Month. 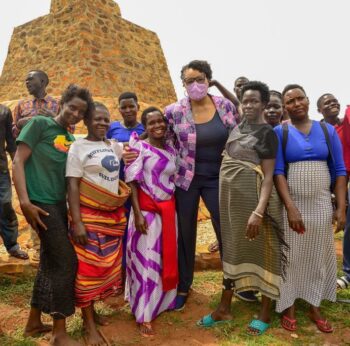 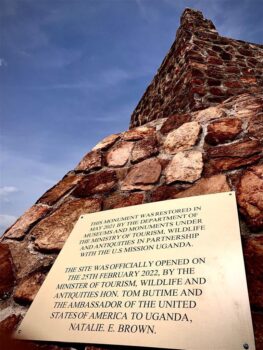