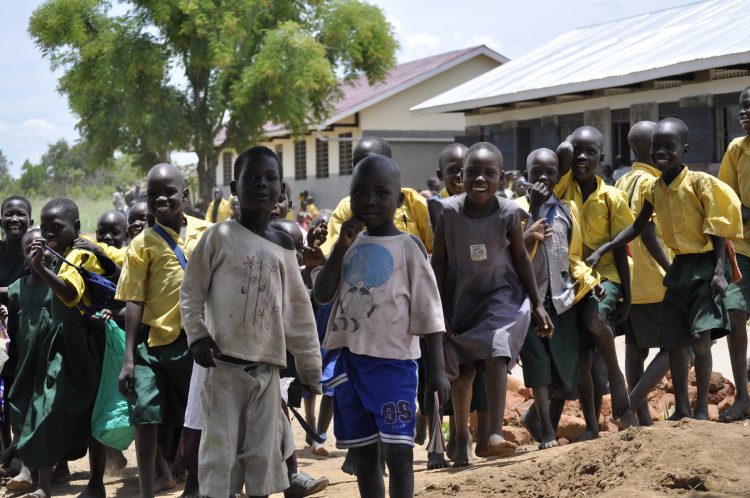 Day of the African Child

The United States is proud to celebrate the Day of the African Child with our partners in Uganda and across Africa. Today, we commemorate the day in 1976 when thousands of school children in Soweto, South Africa, took to the streets to protest against the inferior quality of their education under apartheid. Sadly, many children lost their lives that day, but their struggle for the right to an education has endured.
Forty years later, this June 16 is an opportunity to recognize progress in children’s basic rights in Uganda and raise awareness about the challenges children still face. All of us, as individuals or as policy makers, can agree that there is nothing more important for the future of a country than the education and well being of its children.

Uganda’s theme for this year’s celebration is Protecting Children’s Rights, A Call to Action. The need to protect Uganda’s children has never been more urgent. In one study, 77 percent of primary school children reported having experienced sexual abuse at school. The Government of Uganda, in a 2016 report, has recognized sexual abuse as “the most common form of violence against children,” as well as “an urgent matter of national importance.”

The good news is that violence against children is beginning to be addressed both in and out of schools. In May 2014, the Government published Guidelines On Violence Against Children In Schools and currently works with multiple international donors, including the United States, to create safe schools across Uganda. Working closely with the Government, the United States has committed $200 million over five years to programs in Uganda to promote literacy, reduce violence, and protect children’s rights. USAID’s reading programs support safe school efforts in 28 districts across the country. Just last month, USAID’s Literacy Achievement and Retention Activity trained 7000 school teachers from across Uganda on how to reduce gender-based violence in schools and to provide a safe classroom environment.

The United States’ Determined, Resilient, Empowered, AIDS-free, Mentored, and Safe (DREAMS) initiative in Uganda engages multiple ministries and stakeholders to address gender-based violence and the high incidence of HIV/AIDS among adolescent girls. A new four-ministry effort has been launched to develop a National Strategic Framework for Adolescent Girls Programming, which will address the disproportionate risk and vulnerability girls face as they enter adolescence.

Another encouraging development was the tremendous response from Ugandans and stakeholders to the National Forum on the State of the Ugandan Child held in Kampala at the end of October 2015. Follow-up regional Forums held in Gulu, Mbale, Arua, Mbarara, and Fort Portal in January and February 2016 demonstrated that Ugandans nationwide are clearly saying that enough is enough and mobilizing to take action. As a result of the Forums, private sector companies, foundations, and non-governmental organizations have made specific commitments to expand education efforts throughout the country.

I have served in six different countries in Africa over the course of my career and visited many more. As a diplomat and as a mother, one of my greatest joys is visiting schools, reading with and talking to students, and seeing the tremendous potential in those young lives. All of Uganda’s children deserve the opportunity to realize their potential, free from the fear of violence. As the United States Ambassador, I’m proud to say that the United States invests in excess of $450 million annually in education, health, and child protection in Uganda. When it comes to violence against children, however, money alone cannot solve the problem; it requires a determined, coordinated effort at all levels—the Government, Founding Bodies of schools who still have major responsibilities under the Education Act of 2008, communities, parents, private sector companies, and private citizens.