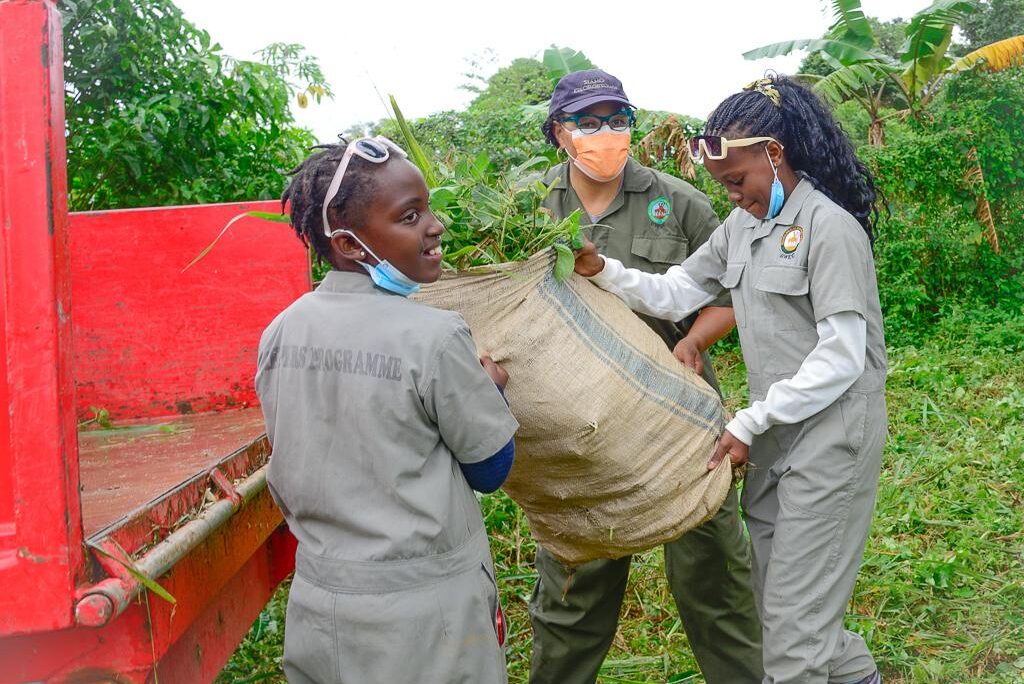 The first Earth Day was celebrated in 1970 in the United States; today Earth Day is marked by more than a billion people and 190 countries every year as a day of action to change human behavior and create global, national, and local policy changes for an improved environment.

The Earth Day event at UWEC highlighted the two-part Human-Wildlife Conflict episode of N*Gen, a Pan-African STEM-based television series for youth as a learning tool for young conservation enthusiasts. The episode, produced with support from the U.S. Mission in Uganda, highlights the collaborative investments that the Uganda Wildlife Authority and the United States Agency for Development (USAID) are making to stop poaching, mitigate human-wildlife conflict in areas around Uganda’s National Parks like Murchison, and promote Uganda’s rich biodiversity.

In addition to viewing the N*Gen episode, attendees participated in a behind-the-scenes tour of UWEC highlighting animal residents that are rescued victims of poaching and human-wildlife conflict. The event concluded with a Q&A session with the conservation technical experts featured in the show allowing Wildlife Clubs of Uganda members to learn more about careers in conservation.

“Our collaboration with N*Gen has made it possible for viewers of all ages to understand the importance of sharing space with wildlife, efforts to stop poaching, and ways to mitigate human-wildlife conflict so we can preserve the earth’s natural treasures for future generations,” Ambassador Brown said, adding that “these episodes demonstrate clearly the positive impact of Uganda and the United States’ longstanding partnership to promote Uganda’s amazing biodiversity.”

The N*Gen show, standing for “Next Generation,” airs weekly on NTV in Uganda and was created by Peripheral Vision International (PVI) in cooperation with educators and students from Kampala’s Clarke Junior School.  The show is designed to foster a culture of curiosity, discovery, and critical thinking while promoting girls’ empowerment and providing young people with accurate information about health, science, and environmental issues that affect their daily lives.  N*Gen episodes, which are free to air, are now broadcast on 44 networks in 14 African countries, shown in the United States and the Caribbean, and are also available on YouTube’s NgenTVAfrica channel.