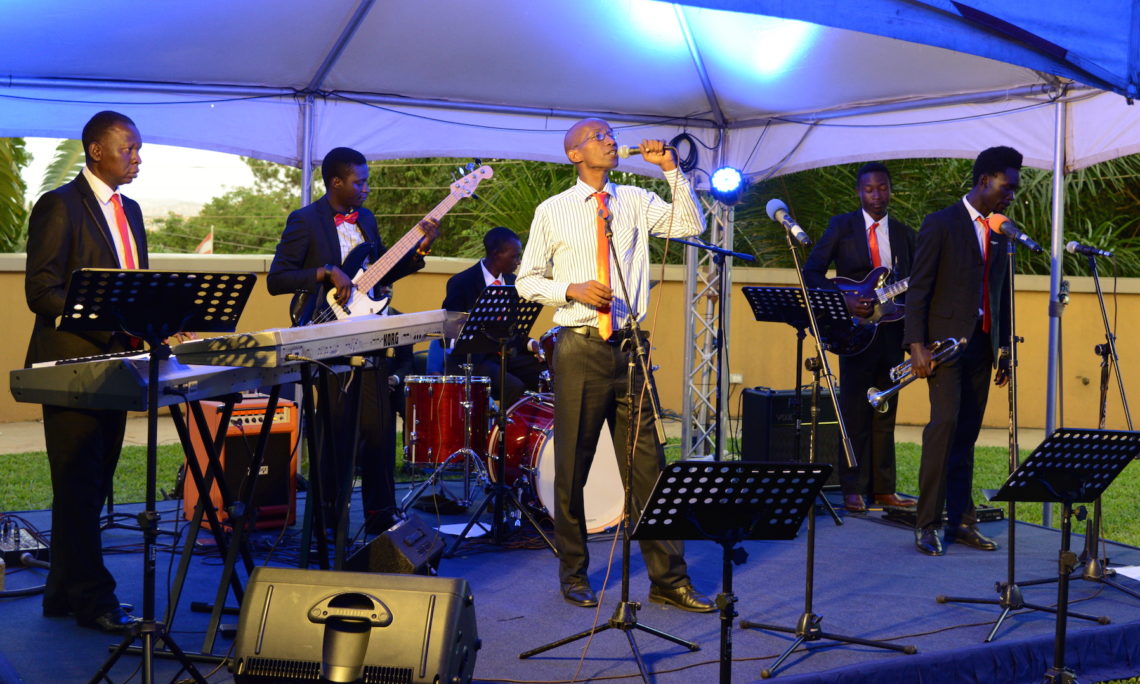 On April 20, the U.S. Embassy in Kampala celebrated Jazz Appreciation Month with a performance by Uganda’s Baxmba Waves band.

Initiated by the Smithsonian Institution’s National Museum of American History, Jazz Appreciation Month is an annual opportunity to celebrate the history and heritage of jazz during the month of April.

In her remarks, U.S. Ambassador to Uganda Deborah R. Malac explained the historical roots of this unique American form of art, which has influenced music around the world. “Jazz began in the culturally diverse city of New Orleans, where African-American slave musical traditions, blues and ragtime mixed to form a new form of music that spread across the United States and the globe,” she said. “Today you can find jazz’s influence everywhere, from the samba in Brazil to the wonderful Afro-Cuban jazz that will be celebrated on April 30 in Havana for International Jazz Day. Jazz has influenced R&B, soul, hip-hop and other genres, including music across the African continent.”