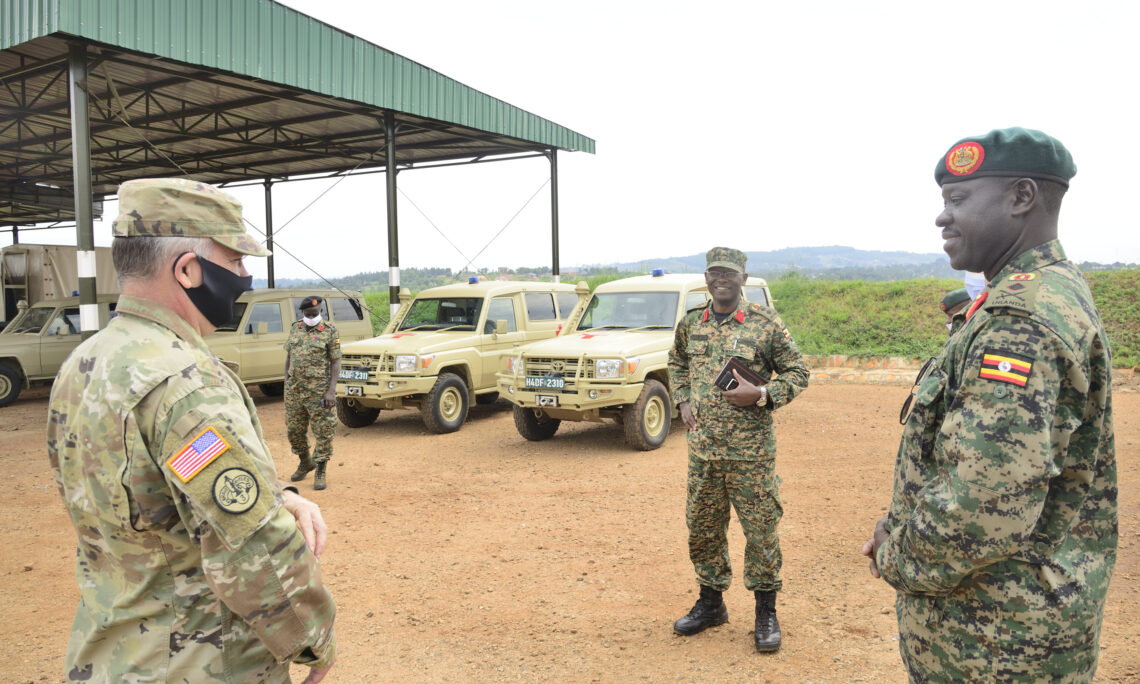 These vehicles were donated as part of the African Peacekeeping Rapid Response Partnership (APPRP) program to enhance the UPDF’s regional peacekeeping capability.  As a temporary deployment in response to the current COVID-19 pandemic, the URDCC plans to send the donated Toyota Land Cruiser ambulances to Bombo to join their already deployed U.S.-provided mobile field hospital.  The rapid deployment of this mobile hospital and associated medical personnel in March 2020 demonstrated the effectiveness of the Uganda-U.S. peacekeeping training partnership.  For more about APPRP and the mobile field hospital in Bombo, please see this press release.

Despite the COVID-19 pandemic, the Uganda-U.S. security partnership has continued, with phase one of the APRRP program still on track to be completed by December 2020.  The U.S. government has contributed approximately 47 million USD worth of equipment and training to the URDCC and the United States is committed to supporting Uganda’s rapid response peacekeeping capability in the coming years.