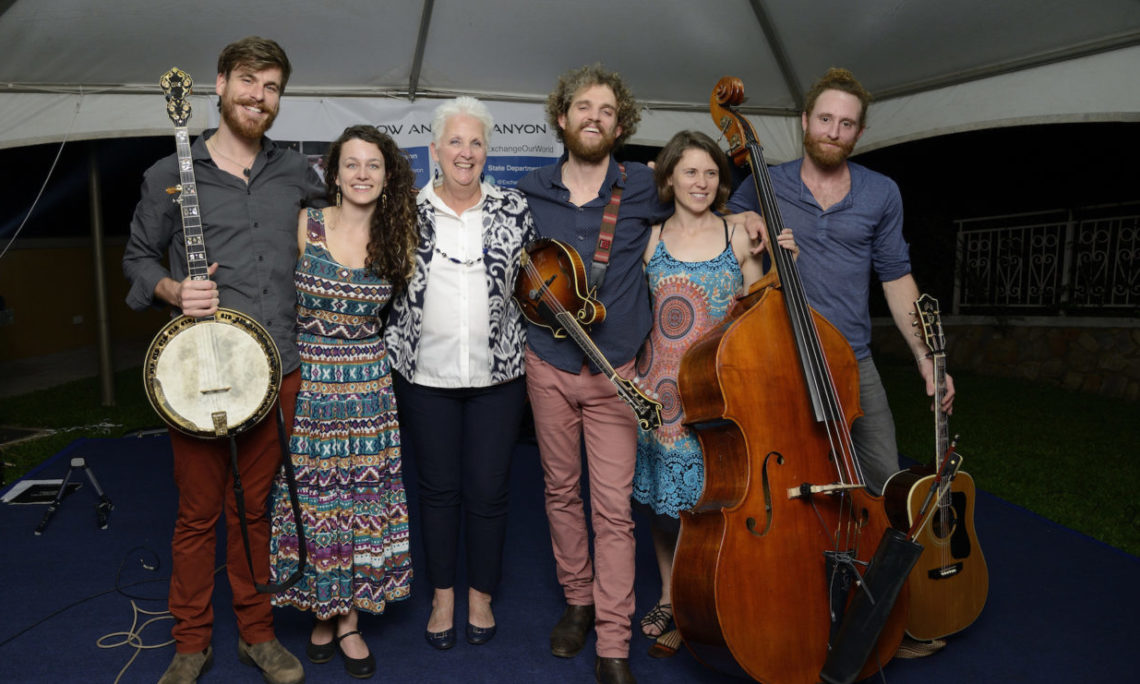 U.S. Mission Uganda recently hosted Crow and the Canyon, an American Bluegrass band, as part of the ongoing efforts to engage and create opportunities for Ugandan music lovers to interact directly with American musicians.

The five person Bluegrass band Crow and the Canyon performed live at Makerere University main campus, held a free concert in Arua and played live on Urban TV. They also held workshops with Ugandan artists at the National Theater in Kampala and in Arua.

Bluegrass music is a form of American roots music and is defined by its various cultural influences that truly define America.
Crow and the Canyon’s trip to Uganda was sponsored by the U.S. Department of State’s Bureau of Educational and Cultural Affairs through the American Music Abroad program.