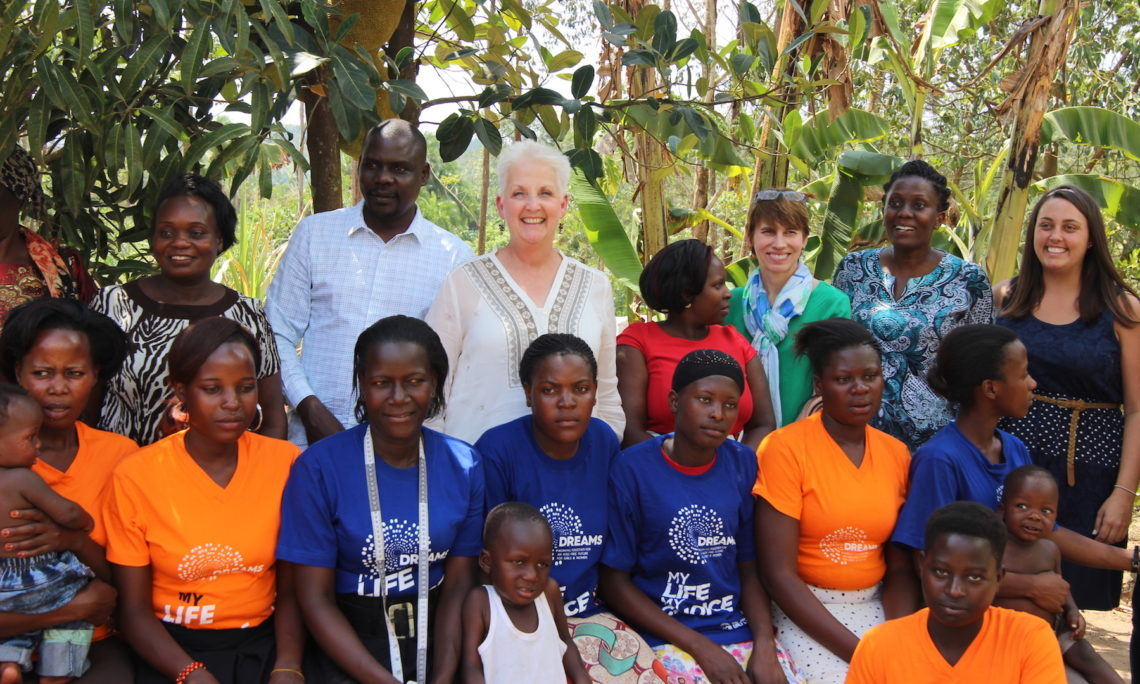 U.S. Ambassador to Uganda Deborah R. Malac and Deputy Assistant Secretary of State for Africa Dr. Shannon Smith earlier this month visited a group of girls and young women participating in the DREAMS program at a Makerere University Walter Reed Project (MUWRP) site in the Mukono District of Uganda.

The President’s Emergency Plan for Aids Relief (PEPFAR) last year initiated the DREAMS program in 10 African countries, including Uganda. The program’s goal is to achieve a 40 percent reduction in new HIV infections among adolescent girls and young women by the end of 2017. Girls and young women account for 71 percent of new HIV infections among adolescents in sub-Saharan Africa.

To achieve the DREAMS objectives, MUWRP is employing multifaceted approaches including the creation of safe drop-in spaces, peer mentoring programs and behavioral interventions. At the time of Ambassador Malac’s visit, the DREAMS participants were learning to make re-usable menstrual pads, an activity that addresses a common root cause of school absence among adolescent girls.

Participants in DREAMS form peer groups, for which they elect leaders and select names such as “Light,” “Future” and “Freedom.” All girls receive a common curriculum, and the groups hold weekly meetings to provide training and support. In addition, the girls gain professional skills through the program in vocations such as tailoring, catering and hairdressing.

Ambassador Malac and DAS Smith also visited the MUWRP-run Mukono District Youth Center, which provides prevention education programs and HIV Testing and Counseling (HTC) to the public, providing a safe environment for youth to obtain information and link to treatment if found to be HIV positive.

MUWRP is a non-profit partnership between Makerere University and the U.S. Military HIV Research Program. MHRP has been conducting HIV research in Uganda since 1998 and expanded its portfolio to include prevention, care and treatment activities in 2005 under PEPFAR.