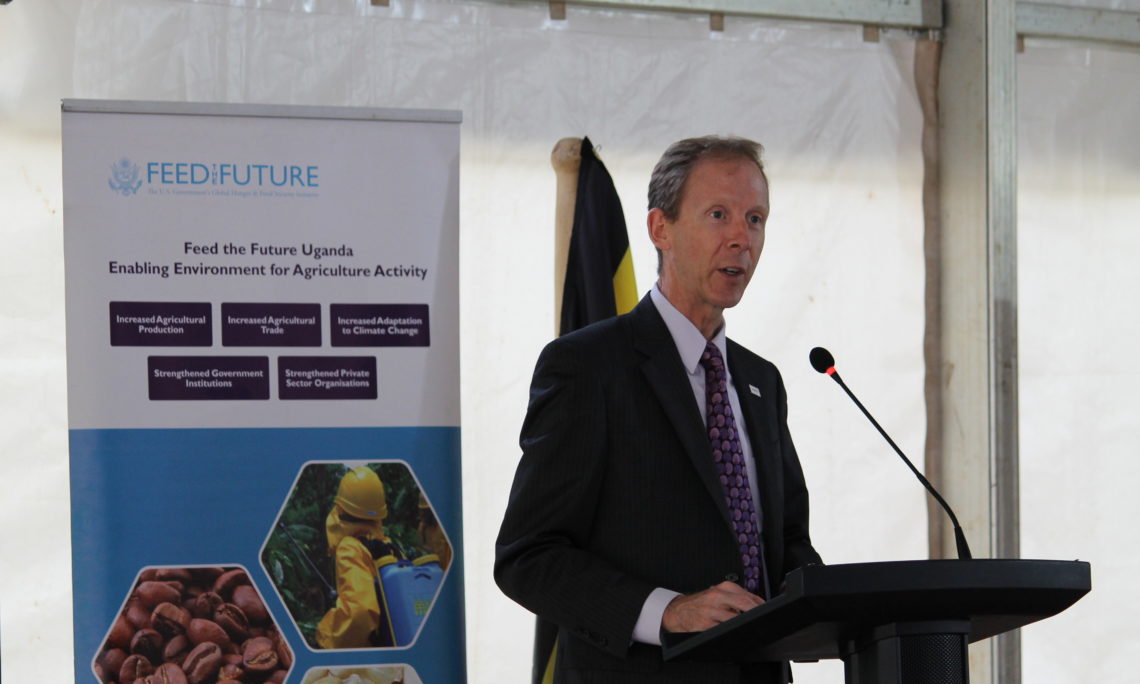 KAMPALA – The Government of Uganda has developed and launched revised agricultural manuals to help maize and beans farmers shift from subsistence farming to commercial agriculture. The educational and informational materials were created with support from the United States Agency for International Development (USAID) through Feed the Future’s Uganda Enabling Environment for Agriculture Activity.  USAID created the materials in response to growing concerns by beans and maize farmers about inconsistencies in training content delivered by extension workers training farmers on better practices.

Speaking at the launch event on Tuesday, September 25, USAID Mission Director Joakim Parker said, “Uganda, which is largely an agricultural country, is improving its global competitiveness, particularly in commodity crops like coffee and vanilla.  However, farming communities must be educated and prepared to adjust their agricultural operations within the context of globalization, responding to trends and consumer tastes in Uganda and beyond.  This responsibility largely falls on the national agricultural extension system that must adapt to cope with international standards.”

Beans and maize are two of the 12 strategic commodities prioritized by the Ministry of Agriculture, Animal Industry and Fisheries as part of the government’s Vision 2040 plan to transform Ugandan into a modern and prosperous country within 30 years. In 2016, Uganda produced 2.6 million and 600,000 metric tons of maize and beans respectively. The government aims to produce 10 million metric tons of both maize and beans by 2020. Critical to achieving these production goals are strengthened extension services, mechanization, and improved post-harvest handling practices.

The U.S. government’s Feed the Future Initiative has worked hand-in-hand with the Ugandan government and the agricultural sector to boost incomes and support a food secure future for Ugandans. The materials and manuals launched today are vital tools for delivering skills, knowledge and technology to farmers.

Feed the Future is the U.S. government’s global hunger and food security initiative which supports partner countries in developing their agriculture sectors to spur economic growth and trade that increase incomes and reduce hunger, poverty and under-nutrition. For more information, visit www.feedthefuture.gov.